EMF or electric and magnetic fields (or electromagnetic fields) are areas of energy and they are invisible to the human eye. This type of radiation is associated with the use of electrical power.

At the end of this guide, you will learn about alternatives, such as air tube headsets and radiation shields that you can put on laptops, tablets, phones, and other equipment. These can give you and your family the needed protection from electromagnetic fields.

Experts say that there are two types of EMF radiation, which are the following:

Ionizing EMFs are anywhere from mid-to high-frequency radiation. With prolonged exposure, these can damage the human body at the cellular level and even damage our DNA. Some of its sources include gamma rays, x-rays, and ultra-violet rays.

The next question here is how do Air Pods fare when it comes to EMF radiation? Do they pose significant health risks?

You see Air Pods anywhere nowadays. You can even find cheaper knock-offs as well. They’re small and but they won’t be that hard to miss especially if you’ve used them yourself.

More than 300 million headsets were sold in 2017, the year when Air Pods were released. These numbers are expected to double by 2021.
People have raised concerns over the potential health risks of using Air Pods and other similar Bluetooth earpieces. Manufacturers are honest enough to confirm that their products do emit EMF radiation.

That means every time you put on a pair of headphones or Bluetooth earbuds, like the popular Air Pods, you’re putting an EMF radiation source right on your head, which is one of the main concerns raised by some researchers and scientists.

The first question that people would ask is whether AirPods EMF radiation is ionizing or non-ionizing. The short answer is that it is non-ionizing. It even has a lower frequency compared to your cell phone.

If that is the only factor that we will consider then we can say that these Bluetooth headsets, EMF headphones, and other wireless earpieces are generally safe for personal use.

But that is not the only factor in play.

Apart from the type of EMF radiation being emitted by these wireless headpieces, another important factor that we all should consider is the specific absorption rate (SAR) of each device.

This is an important thing to measure simply because regulatory and health agencies around the world use it to determine the safety of electronic devices. There is a certain level of radiation that devices are allowed to emit near human beings.

Note that manufacturers are supposed to disclose this information.

For example, in the United States, cell phone manufacturers are supposed to ensure that the SAR rating of their products has less than 1.6 W/kg per human body weight. When it comes to earpieces like Air Pods and similar gadgets, each kilogram (around 2.2 pounds) of weight you have on your head should only absorb 1.6 W of radiation.

That amount of radiation is considered safe by health authorities and other regulatory bodies.

Now, we should be asking how much EMF radiation can Air Pods emit and is their SAR rating considered safe?

However, it is unfortunate that some manufacturers don’t give away the SAR rating of their products—that includes wireless ear phones. Nevertheless, there is a way to determine the peak radiation levels of these devices.

You can use an EMF meter to test the radiation levels of different devices. You can also use it to test if the rating of other radiation-emitting devices.

The current consensus among experts is that the safe radiation levels is around 1 mW/m^2 when measured by an EMF meter. That is the acceptable level of emissions so as not to create a negative effect on human health.

So, what are the AirPods EMF radiation levels when we measure it with an EMF meter? If you do this yourself, you should look at the peak levels on the display. You can take the readings with Bluetooth earbuds near the meter and also far away from it.

Interesting enough the levels are the same whether you move them away or not. Air Pods EMF radiation will usually emit RF radiation levels of up to 7 to 7.6 mW/m^2.

That is seven times the acceptable rate agreed upon by experts.

If you do this test yourself, you may get slightly different results. However, we can safely say that these EMF headphones do emit a fairly large amount of radiation.

One of the easiest ways we usually stay safe from radiation is by staying away from the source. The inverse square law says that we quarter our exposure to radiation as we double our distance away from it.

However, we can’t do that with earphones—wired or not. The source of the radiation is right in our ear.

Health Concerns with Regard to EMF Exposure

Using headphones for too long has been believed to cause tinnitus, which is defined as any type of noise that you hear but has no external source.

Health experts explain that it is actually more of a symptom of an underlying condition, such as a disorder in the circulatory system or maybe an injury in the ear canal.

Tinnitus may either be the result of EMF exposure or by internal injuries due to having the source of the music/sound too close to your ears. Researchers still need to confirm which one of the two (or maybe both) may be the culprit.

Another very common issue is developing headaches. Studies suggest that wearing headphones – including Air Pods— for prolonged periods of time may cause headaches.

Due to the leak in calcium ions in the brain’s neurons, the junction barriers within the body can also get affected. This can result in the death of neurons in the brain. It is believed that this effect brings about the early onset of progressive brain disorders like dementia and its most common type of disorder, Alzheimer’s disease.

There are other health concerns that experts have raised with regard to using EMF headphones as well as prolonged exposure to EMF radiation. Some of the exposure symptoms include the following:

Note that these are not the biggest health concerns when it comes to EMF exposure and the use of EMF headphones.

It should be noted that the International Agency for Research on Cancer (IARC) has classified EMF radiation and RFR exposure as a potential carcinogen. Note that RFR or radio frequency radiation is a low level type of EMF.
On the other hand, experimental and observational studies show the possibility that a close proximity to a wireless device, like a cell phone for instance, may have adverse effects on human health.
Such effects include impaired sperm motility and significantly low sperm count and others. In a separate study, it was observed that military personnel who are directly exposed to EMF radiation have increased risks for hematolymphatic cancer (HL cancer) and brain tumors.

It should be noted that there are no studies that focused on the use of Air Pods specifically. However, they fall under the same category as EMF headphones since they use the same technology.

That is why in 2019, 250 scientists filed a petition warning the general public about the risks that these devices pose on human health. They called for stronger and stricter guidelines on the use and production of wireless devices.

They raise concerns that the health risk is not only associated with cancer. In fact, they did not only focus on Bluetooth headphones. The petition actually centered on EMF radiation from a variety of devices and the overall health effects of prolonged exposure to this radiation.

Some of the concerns that they pointed out included learning deficits in younger children, certain neurological disorders, genetic damage, and also increased risk for cancer.

Protecting Yourself: EMF Radiation from Headphones

Remember that Air Pods are not the only sources of EMF radiation. Just having your phone in your pocket or near your person constantly for days on end may be cause for alarm if you understand the risks.

Yes, wireless Bluetooth ear pods are a very convenient way to listen or respond to phone calls. You won’t have to bother with a spaghetti of wires, right, but at what cost? However, there are ways that you can safely listen and use EMF emitting devices and enjoy technology without jeopardizing your health.

There is practically no way that you can eliminate EMF radiation from our homes. As long as we run wireless networks and use appliances and devices that use electricity then we will always have them around.

However, there are tools that we can use to reduce our exposure and stay healthy. Here are some of your best options.

Yes, wired headphones still have EMF radiation but they are at an extremely low frequency. They are more controlled and a lot safer compared to Bluetooth headphones.

Use an Air Tube Headset

Air tube headsets first convert the electric signal into music or sound and then transmit that sound through hollow air tubes to the buds in your ears. This eliminates any electrical signals and metal conductors near your head.

There are a variety of EMF radiation shields that you can buy today. Some will fit your phone, your laptops, tablets, and other electronic devices. They reduce the EMF radiation and allow you to enjoy your devices while reducing your exposure.

The bottom line here is to follow safety practices. Apart from using EMF shields and other safety equipment, you should turn off your wireless router when not in use, don’t sleep with your phone nearby—turn it off when you go to sleep at night, reduce the use of technology and spend time the old fashioned way.

Unplug from time to time and enjoy life without technology. Keep safe from EMF radiation and stay healthy. 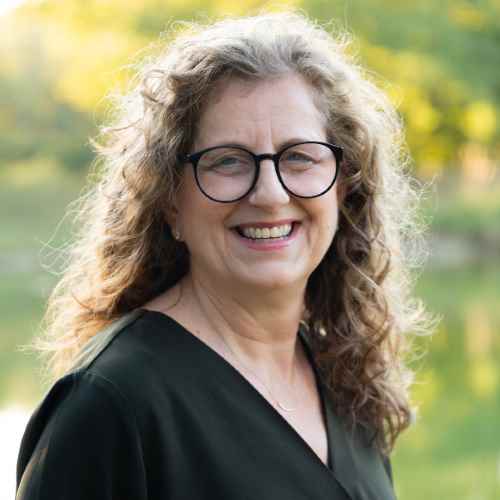